Organizations and societies have ethical obligations to their members and to the wider world. 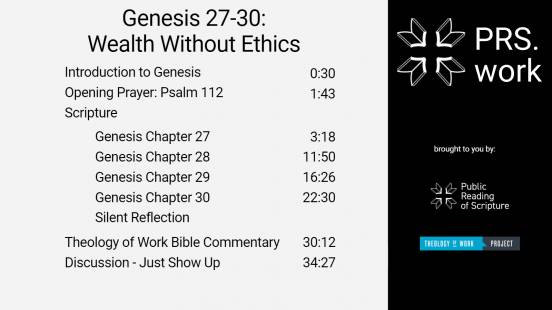 Jacob’s relentless drive to gain benefits for himself at the expense of others reveals how our fears can make us resistant to God’s transforming grace. Wealth without ethics, while enticing, is not the whole story of God’s blessing. 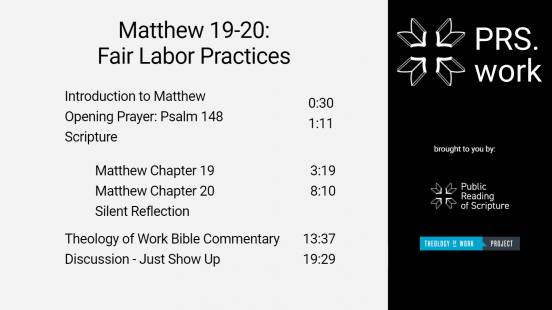 The parable of the laborers in the vineyard is unique to Matthew’s Gospel. The owner of a vineyard hires day laborers at various times throughout the day, but the owner pays everyone a full day’s wage. It is an example of God's generosity, and a promise that in God's kingdom, we will all find adequate work. 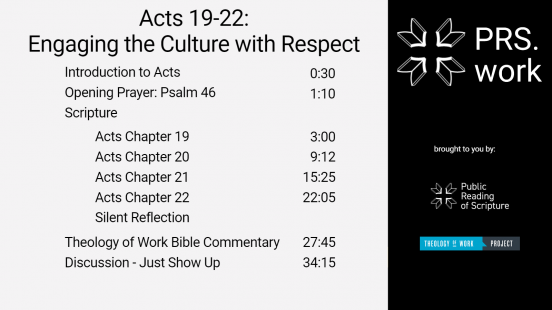 In the latter half of Acts, Paul, his companions, and various Christian communities come into conflict with those who wield local economic and civic power. After run-ins with the men and women of Antioch, Iconium, Philippi, and Thessalonica, Paul comes into conflict with the silversmiths’ guild of Ephesians. The conflicts culminate with Paul’s trial for disturbing the peace in Jerusalem, which occupies the final eight chapters of Acts.